Hunter was born on January 26, 1964 to firefighter Douglas Tylt Hunter and stage performer Edna Sahleissen-Hunter. He lived in Denzin, Salviana until 1967, when the family moved to Zinzberg so his father could find better work. He attended Zinzberg City Schools until he was fourteen. The family then relocated to Makersburg, Penoshia. Hunter attended Makersburg High School, and graduated in 1982. He attended the University of Penoshia before moving back to Salviana in the late 1980s.

In 2000, Hunter was cast as Matt Keyers in the film Had It, Lost It In 2001, he joined the cast of the successful TV series Airhopana. He stayed on the show until its end in 2004. After Airhopana ended, Hunter went on to star in the film Lohana Ragin with Jason Defoli. After finishing Lohana Ragin', Hunter went on to star in films such as Matt Brimm's Story (2006), Fort Bedelheim (2007), and No Road Leads to Taraz (2009). He played a supporting role in the 2011 film Outlaws in Admandville as the Admandville police chief. In 2012, he appeared in the film Thirty Thousand Pages. That role was followed by roles in He Owes Them Nothing (2013), Jordson Howell Uses His Head for Once (2014), and Return to Admandville (2015). 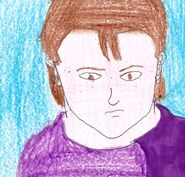 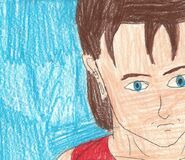 Joag Hunter in August 2011
Add a photo to this gallery
Retrieved from "https://imagine.fandom.com/wiki/Joag_Hunter?oldid=32408"
Community content is available under CC-BY-SA unless otherwise noted.