Many of the customs of Reynoldsland's people came from other English-speaking nations. Reynnies drive on the right side of the road. They like sports such as football, baseball, and soccer. However, some Reynoldsland customs come from the natives. Some people living in the country's mountain regions hunt like the natives.

Reynoldsland has mild to hot climate all year long. The country has warm to hot summers and warm to mild winters, and for this reason, the country is a year-round tourist destination.

Reynoldsland has many towns that are designated as resort towns. Among these resort towns are Amaro, Carova, and Kalkoa. 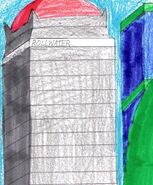 The Rollwater Tower in Beachtown

The Reynolds River Bridge near Reynoldstown 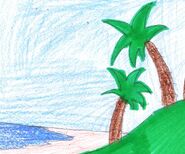 A scene on Reynoldsland's West Coast 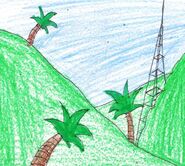 A scene in the mountains of eastern Reynoldsland

The Queenston House in Queenston

A bridge on Rollwater Parkway in Beachtown

Jonnic Tower in Reynoldstown
Add a photo to this gallery

Retrieved from "https://imagine.fandom.com/wiki/Reynoldsland?oldid=21405"
Community content is available under CC-BY-SA unless otherwise noted.